James Lehoullier, Managing Partner and CEO at DiLeonardo accepted the award for Best Design Company of 2018 by Lodging Industry on Tuesday.

Many of the industry’s top performers were brought together Monday night at Lakeside at the Wynn in Las Vegas for the official unveiling of Hotel Interactive®’s second annual Lodging Industry’s Elite awards. 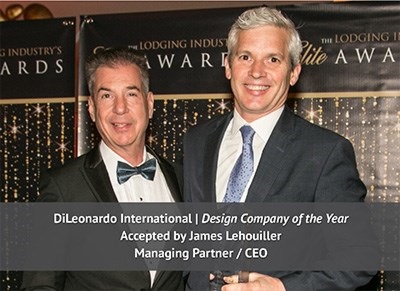 In addition to recognizing the industry’s top achievers, the evening included exceptional food, networking opportunities and more than $4,000 in charitable donations were raised for St. Jude’s Children’s Research Hospital. In total, 15 awards were given out based on the nearly 6,000 votes received by Hotel Interactive®.

“It was a historic evening. Please join me in congratulating all of the nominees and winners for their achievement of being recognized by their peers as the best of the best,” said Rich Viola, president and CEO of Hotel Interactive®.

The winner of the Purchasing Company of the Year was Purchasing Management International. The other finalists for the award included Jaguar Hospitality; Carver & Associates; The Stroud Group; Hospitality Merchandising; and Partners Management Group. 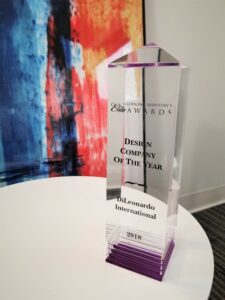 The Eliza Jane in New Orleans, managed by HRI Properties, won the award The Most Unique Hotel Conversion. Other projects up for the award included the Embassy Suites by Hilton Toronto Airport; Hotel Indigo Madison (WI); NYLO Hotels; The Greentree Inn & Suites, Pinetree, AZ; and Beaver Creek Lodge in Colorado.

The winner of the Brand Intro of the Year award was Motto by Hilton. Other nominees include Aiden by Best Western; Clarion Pointe by Choice Hotels; Jupiter Hotels; Compass Hotels by Margaritaville Resorts; and Caesars Entertainment.

View our other awards